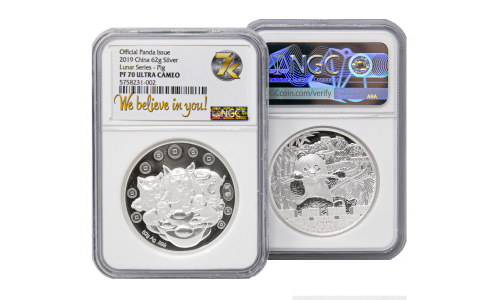 Mintage: 499 Of all zodiac animals, the pig falls in last place at No. 12. One myth says he is last because the Jade Emperor said the order would be decided by who arrives at his party first. And pig overslept. There’s also the story that a wolf destroyed his home and he had to rebuild it before attending. However it came about is questionable, but the pigs symbol has never been challenged. In chinese culture, it means wealth. Whether you were born during the “Year of the Pig” or not, it’s a wise choice you’ve made to take him along on your journey to prosperity.