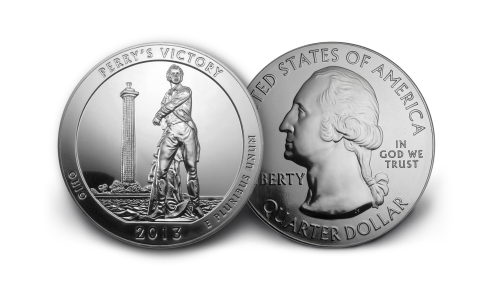 Like the America the Beautiful (ATB) circulation quarters but bigger and made of .999 Fine Silver each of the ATB 5 oz Silver coins features George Washington and a different design capturing the most treasured sites and landmarks of America. This coin features Perry's Victory which was established to honor those who fought during the war of 1812 during the Battle of Lake Erie and to celebrate the peace between Canada, Great Britain and the United States. The memorial boasts a 352 foot colomn known as the Doric Column that is located 5 miles from the longest undefended border in the WORLD!