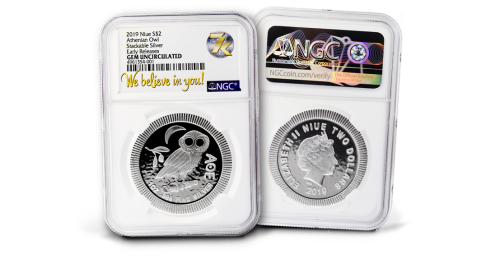 Greek Goddess Athena kept an owl on her shoulder that revealed truths to her, illuminating her “blind side.” In some versions of mythology when Green soldiers sighted owls before a battle it was a symbol that the goddess was on their side. Over 2,000 years ago the most influential coin in the world was the Athenian Owl Tetradrachm and it is still popular today. It’s preserved in a plastic slab displaying the 7k Metals private label to give it a special touch, just for you. :)