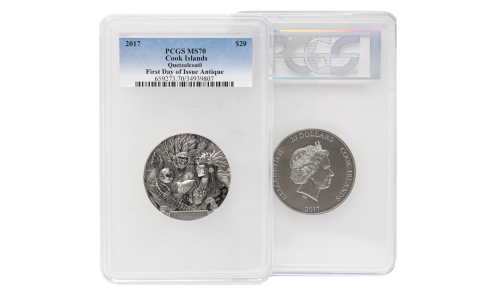 Mintage: 333 This mysterious yet mesmerizing coin is the first issue in the “God’s of the World” series. It depicts Quetzalcoatl, one of the most important gods in ancient Mesoamerica. He is considered to be a connection between the sky and earth. Known also as the feathered serpent, some people believe he was the creator of men. Others think he played a role in the destruction of Aztec civilization. Well there is no way to know for sure, one thing is certain. With only 333 pieces minted worldwide, Quetzalcoatl will work wonders for you, if you let him.