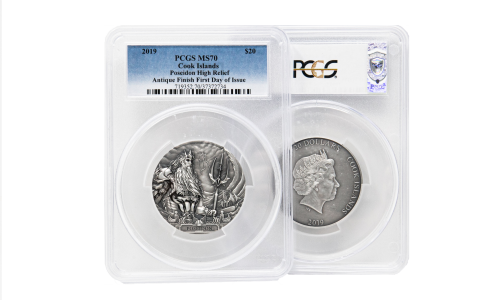 Mintage: 333 Poseidon is not just another Greek mythology god or one of the Twelve Olympians whose name is casually thrown around. No, no. He is more than that. He is one of the three mightiest Greek gods (alongside Zeus and Hades). As ruler over the ocean and nicknamed the “Earth-shaker” for his ability to strike the ground with his trident, his powerful presence is just as demanding on this .999 antique finish silver coin. Despite his often described bad-temper, moody and greedy personality, Poseidon is eager to leave his watery domain and rule over a new territory--your safe. You’re going to love having him on your side.